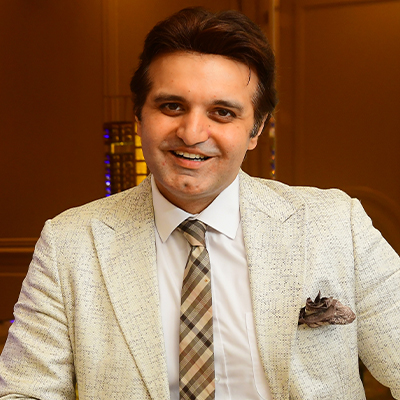 Ar. Nayan Raheja is a passionate entrepreneur and has been a growth driver for bringing Raheja Developers into a New Era.

An architect from School of Planning and Architecture, New Delhi, he has grown up in the environment of real estate, architecture, and technology since his childhood, and dreamt of becoming an architect since childhood. Apart from designing, and constructing great buildings, he is also a conservationist, poet, director, musician and an avid photographer.

A member of the Indian Institutes of architects, his life was dotted with passion- for education, for photography and for making a change in the society. He has been at the forefront of leading the company into the new era contributing significantly to new systems, processes and better product delivery and keeping pace with the newer construction technologies.

He is personally a keen wildlife photographer travelling to wildlife parks across the world.

Under his aegis the company has seen tremendous change in last few years due to change of business strategy from mid level housing to luxury housing. Nayan Raheja was front runner in getting the world’s largest construction companies i.e. Arabtec and ECC to India under joint venture as a part of back-ward integration of the company. He was also instrumental in appointing Thornton Tomasetti U.S.A., the structural engineers of Kingdom Tower (1Km high, tallest under construction building in the world), The Petronas Towers, Malaysia & Taipei 101, Taiwan. Overall, the results are visible and company is adding turnover and brand value and has a great future ahead.

His hard work and dedication has been recognized by several reputed platforms and he has been the recipient of various awards like “40 under 40 Most Influential Indians in real Estate 2019-2020” by AsiaOne Magazine “Young Achiever’s Award”, “Top 10 Most Promising Industrialists”, “Architect of the Year”, “Young Entrepreneur Award” etc.

He is presently involved with developing Delhi’s Tallest Mix Use Development with Luxury Hotel Residences and the luxurious Delhi Mall, he is actively involved in leasing it to top brands worldwide.