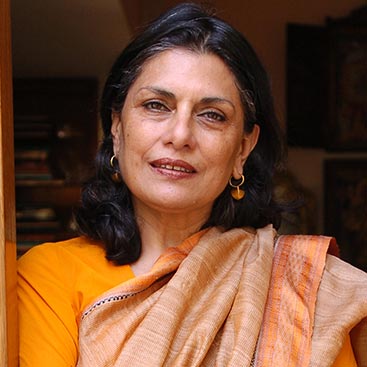 Sunita Kohli is a globally recognised, national award-winning interior designer and architectural restorer since 1971. Her professional portfolio includes several significant public and heritage buildings, hotels and hotel boats, forts, palaces, libraries, museums and select residences in India, Egypt, Pakistan, Bhutan and Sri Lanka. She has conceived and designed the Parliament Building of Bhutan and restored and decorated parts of the one in New Delhi. She has conserved and decorated many British period buildings in Delhi such as Lutyens’ Rashtrapati Bhavan, new Viceroy House, and Hyderabad House, Herbert Baker’s House; and Prime Minister’s Office in South Block. She has lectured at several universities in the UK and the USA, written several papers and chapters and has, most recently, co-authored ’The Lucknow Cookbook’. She was conferred the Padma Shri, by the Government of India, in 1992.